Congratulations to John Stunson on his Retirement 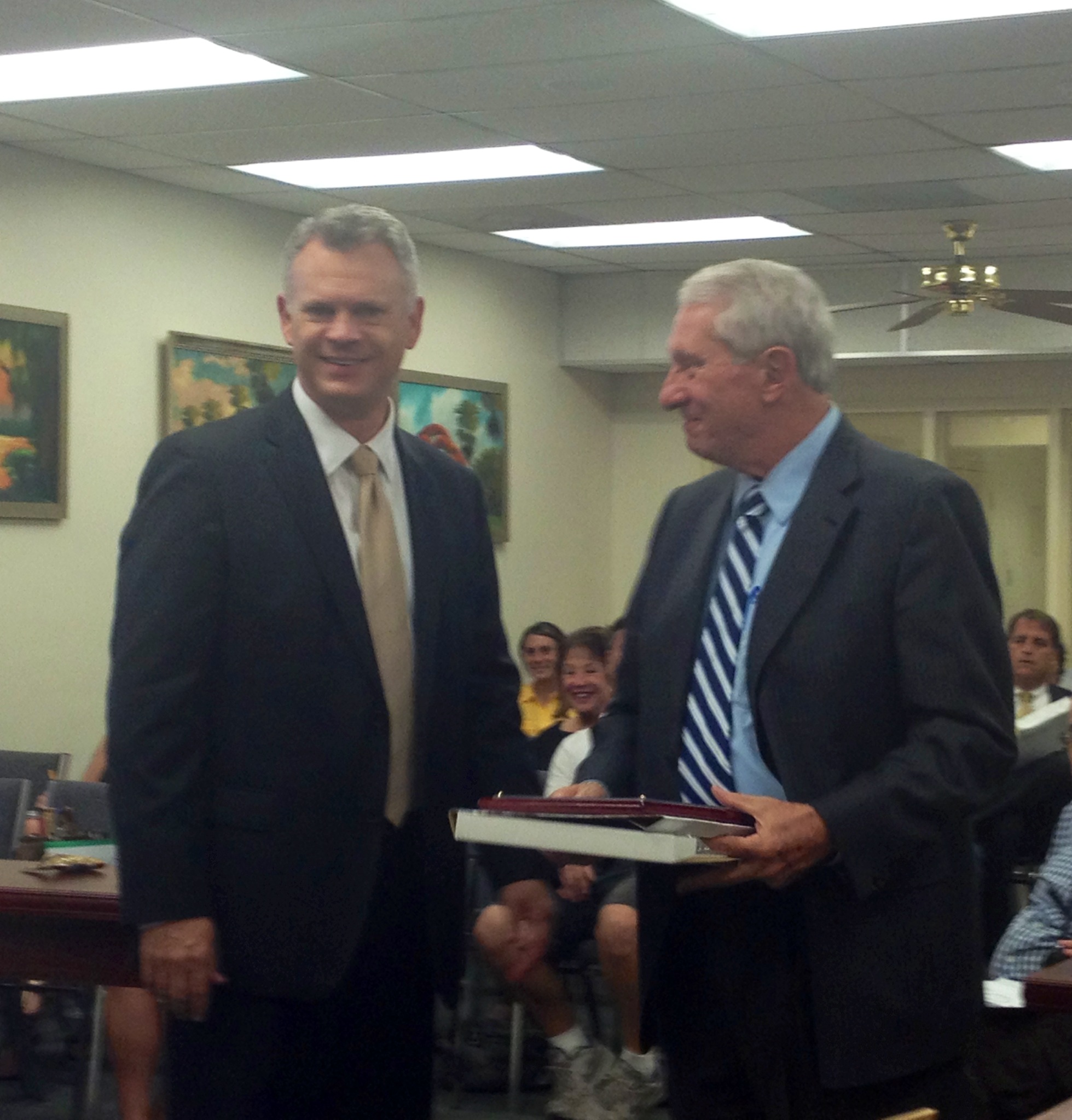 On September 24th at the Oakland Park City Commission Meeting, At-Large Board Member Mike Cernech presented John Stunson a resolution thanking him for his service to the Association. John retired September 26.

Below is the resolution that was presented to him:

WHEREAS, associations rely upon the service of their members to accomplish most of their work, and when an association has an enthusiastic volunteer it is a celebratory occasion; and

WHEREAS, John Stunson has actively participated in the FCCMA, and this service includes faithfully serving on the Board of Directors for terms in 1982-84, from 1995-1997, and 1999-2000, and also serving on several committees throughout the years of his membership; and

WHEREAS, Mr. Stunson has enthusiastically attended and participated in conferences, workshops, seminars and institutes during those years, serving as a presenter, and also generously hosting some events as well; and

WHEREAS, Mr. Stunson has fostered the development of management professionals within FCCMA and the Broward City and County Management Association, and his activity within his region is well respected and appreciated; and

WHEREAS, the Association is confident that Mr. Stunson will remain an active member in the future, and that he has the admiration and congratulations of the membership following his years of service to the citizens of Oakland Park, the elected officials, and city employees.

NOW, THEREFORE BE IT RESOLVED:

That Mr. Stunson is wished the very best as he begins a new chapter in his life and it is hoped that his many colleagues will continue to benefit from his strong support in the future.

That Mr. Stunson’s family is also commended for generously sharing John with the profession and the Association.

That Mr. Stunson is hereby presented this resolution with the most sincere appreciation and highest regard.