Congratulations Rex Taylor on your Retirement! 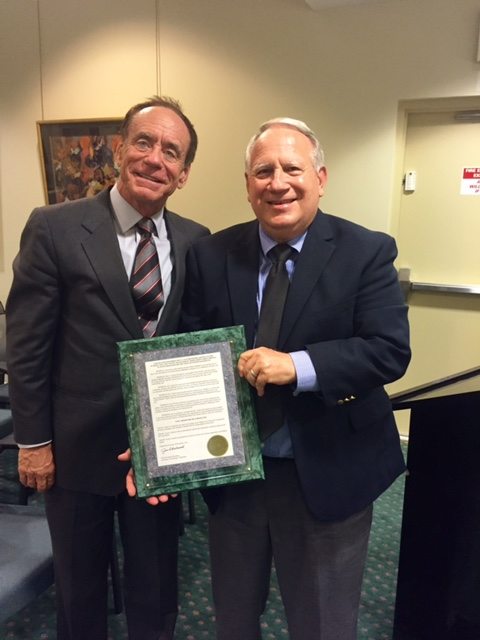 George Brown, FCCMA District IV Director, Boca Raton Deputy City Manager, presented Rex with a resolution honoring him for his service to FCCMA. The resolution was presented to Rex at his last council meeting on December 15. The Friday before the meeting the Town had a surprise barbeque in Rex’s honor, which was attended by many residents, professionals and FCCMA colleagues.

Rex has actively participated in FCCMA by serving on the Board for two terms as both a district director and an at-large director, and he has served on several committees. FCCMA especially recognized Rex for his dedicated and selfless work with the FCCMA members-in-transition. He acted as a chair for the committee, counselor and resource for dozens of members for many years. He helped expand the Association’s offerings to these members, causing his assistance to be cherished.