In Memoriam of Scotty Andrews 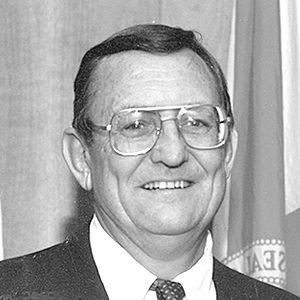 FCCMA member Scotty Andrews passed away on Wednesday, April 22, 2015, at Munroe Regional Medical Center. Mr. Andrews has been a FCCMA member since 1976 while serving in the City of Ocala. He was awarded honorary membership in 2000.

A memorial service was held on Tuesday, April 28, 2015 at First Presbyterian Church in Ocala. Memorial contributions may be made to: the TJ & Flora Andrews Endowed Scholarship, The College of Central Florida Foundation, 3001 SW College Road, Ocala, FL 34474; www.cf.edu/foundation.

Mr. Andrews is survived by his wife, Diane.