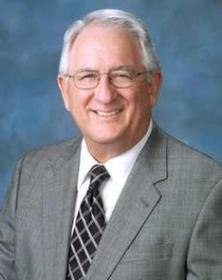 This year Dennis Kelly will be receiving his 40-year Service Award as a member of FCCMA.

Dennis works and lives in Holiday Island, Arkansas, where he serves as the District Manager of the Holiday Island Suburban Improvement District (HISID).  When asked what a Suburban Improvement District is, he readily equates it to Florida’s Community Development Districts (CDD’s).  HISID was started and developed by an independent developer back in the ‘70’s and in the late ‘80’s turned the District over to a duly elected five-member Board of Commissioners with a rotating Chairman that functions as a Mayor.  The statutory make up of the District is purely Council/Manager in every respect.  Dennis has been in the process of preparing HISID’s application to the ICMA for recognition as a Council/Manager form of government.  This is a great community for either a young manager just starting out and needing good organization, financial and operational experience or someone like myself who is in the twilight of their career and enjoys the natural and fulfilling environment that Holiday Island offers.  Holiday Island is a retirement/resort community located at the headwaters of Table Rock Lake on the Arkansas and Missouri border near Bentonville, Arkansas.

Dennis spent almost 35 years of his career in Florida, starting as a Management Intern with the City of Pensacola under then City Manager Frank Faison (former FCCMA Board Member).   He got his first City Manager’s job with the small panhandle city of Blountstown in 1975.  From there he steadily moved up in his career serving stints in St. Cloud, Longboat Key, DeLand and North Palm Beach.  “North Palm Beach was my Camelot,” said Kelly.  “I spent almost 15 years there, completed five major construction projects, and readied the Village for the next 40 to 50 years in terms of infrastructure improvements.”

Dennis went on to serve as the Deputy City Manager for North Miami from 2004 to 2008, then due to some serious family issues in Texas, he started eyeing jobs in the east Texas and east Oklahoma area.  “I had two or three headhunters keeping an eye out for opportunities in those areas and a few months later I got a call from Jim Mercer regarding Fort Smith, Arkansas (about 90,000 population),” Kelly said.  Taking that position got him within a couple hours of his family and that same experience exposed him to Holiday Island, his current position.

Dennis served on the FCCMA Board of Directors twice; first in the mid ‘80’s and later from 2000 to 2002.  “Managing cities with populations as small as 3,000 to as large as 90,000 has been quite a whirlwind experience,” said Kelly.  “The smaller cities were, in many ways, tougher to manage than the larger ones, but just as rewarding.”  Dennis relishes in the good fortune of having been a part of Florida’s growth and watching and being a part of so many cities that experienced the dynamics of that growth.  So much so, he continues his membership in FCCMA in order to stay in touch with the professional community of Florida’s City Managers.

Congratulations Dennis on your 40 years of membership!