Get to Know Your Board Member: Secretary-Treasurer Jim Hanson 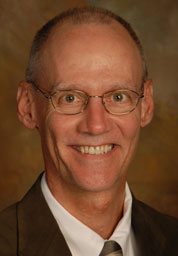 How long have you been a FCCMA member? I joined the FCCMA in 1999 when I started work in Florida.

Are you an ICMA member and if so, how long? I have been a member of ICMA since 1976 when I began my first job in the public sector after graduate school.

Please describe your areas of formal/advanced education. I have a BA in Political Science from Valdosta State College (1974) and a Masters in Public Administration from the University of Georgia at Athens (1977).

What got you interested in public service? The early 1970s were politically turbulent times while I was attending college. I started as a math and physics major, but Political Science was a lot more interesting and relevant.

What is your current occupation? I serve as the Town Manager of Orange Park, Florida.

Please give a brief job description. The Town Manager serves as the chief administrative officer and is responsible for the administration of the operations of the Town including police, fire, public works, water and sewer, recreation and other departments.

Please describe your typical day. Most days begin before 7:00 a.m. to plan and organize my time and To Do list. A typical day includes meetings/ calls with staff and elected officials, handling correspondence, responding to citizen questions and issues, general financial administration and oversight, preparation or review of agenda items and other reports and, if I am lucky, time to actually think about long term, strategic issues that can benefit the community.

What is your favorite part of the job? Working with bright and energetic people, be they elected officials, staff or others, who have the long-term best interest of the community at heart and don’t care who gets the credit.

What is your least favorite part of the job? Late night meetings.

What is your most memorable experience on the job? In our profession, we never know when the call to duty may require extraordinary work. In 1982 while serving as an Assistant City Manager, my city experienced an ice storm that knocked out power to just about all 25,000 residents. Temperatures were well below freezing and few had alternate heat sources. The electric and gas systems were city functions and it was an “all hands on deck” experience. As I arrived at our Utility Center that morning, my boss was being carried out after having a stroke. The Recreation Director that was taking him to the hospital looked me in the eye on the way out and said “you’re it”… I stayed in that building doing what I could to help for the next three days while power was slowly being restored all the while living on vending machine coffee, cold pizza and cigarettes. Once everyone had their power back on, city staff, and particularly the linemen, were regarded as heroes for their dedication during difficult conditions. Many lessons were learned, and I haven’t had vending machine coffee, cold pizza or a cigarette since.

What are hobbies/interests? The most important one is running. It is a good stress reliever and provides a healthy balance to long hours spent in an office environment.

If you could give one piece of advice to young people interested in a career in public service, what would it be? Make sure you keep a balance in life. It is too easy to spend most of our hours at work, but remaining mentally and physically able to do our jobs well requires that we first maintain our health and tend to family, spiritual and personal needs.

Who were your mentors and how have you passed this information down to other young public administrators? My first boss, Bruce Lovvorn, who hired me out of graduate school, was one of the most professional and helpful  mentors I have had,  but there have been many more over the years. Most of those have passed on. I have had the opportunity to serve as a mentor to many young assistants who have themselves went on to be city and county managers, and this has been one of the most important things accomplished in my career.

What career would you pick if you were to pick another? If it had to be in an entirely different field, it would probably be in engineering. I have always admired people who have the knowledge and ability to build anything they want.