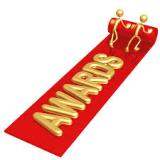 Applications are now being accepted for the $100,000 Innovations in American Government Awards.

Offered by Harvard Kennedy School’s Ash Center for Democratic Governance and Innovation, the Innovations Award is the nation’s premier award for the public sector. It recognizes programs that demonstrate creative and effective government at its best.

All units of government — federal, state, local, tribal, and territorial — from all policy areas are eligible to apply for recognition.

This year, the Ash Center is once again offering the Roy and Lila Ash Innovations Award for Public Engagement in Government, a special Innovations Award that will recognize government-led programs that demonstrate novel and effective approaches to increasing public engagement and participation in the governance of towns, cities, states, and the nation.

The winners of the Innovations in American Government Award and the Roy and Lila Ash Award will each receive a $100,000 grant to support replication and dissemination activities in 2017. Top finalists will also receive monetary grants.

Applications and additional information are available at
www.innovationsaward.harvard.edu