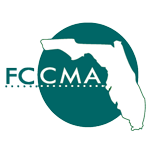 At the 2016 annual conference at the Lake Buena Vista Hilton this week, the business meeting and elections resulted in the following new board of directors:

President Bobby Green stated, “I want to thank the new board for volunteering to represent their areas, and for their commitment to leading the Association for 2016-17.”