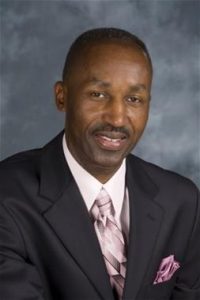 Marc A. Ott, City Manager of Austin, Texas has been selected by the executive board of the International City/County Management Association (ICMA) as the organization’s next executive director.  Ott will assume his new position on October 31, 2016 and will oversee all aspects of ICMA, including membership, staff, and implementation of the Executive Board’s strategic objectives.

ICMA is the world’s leading local government association of professional city and county managers, appointed chief administrative officers, assistant and deputy administrators, and other employees who serve local governments and regional entities, with a membership numbering more than 10,000 from 23 countries around the world.

“On behalf of the ICMA Executive Board, I am very pleased to announce that we have selected Marc Ott, City Manager of Austin, Texas, to serve as the next Executive Director of ICMA,” stated Patricia Martel, ICMA Executive Board President and City Manager of Daly City, California.  “Marc brings to ICMA nearly 30 years of distinguished service in the local government management profession and has been a member of ICMA throughout his career.  His broad local government experience includes service to a number of very diverse communities in Texas and Michigan.”

“In making this appointment, following a year-long competitive search, the board selected a candidate who reflects the integrity, professionalism and commitment to service of our entire organization, which has been a hallmark of ICMA’s leadership,” Martel noted.  “Marc is a reflection of our members’ dedication to local government service and most importantly to the ethics of our profession.  ICMA, our membership, and our staff will be well served by Marc Ott’s leadership,” said Martel.

Ott currently serves as the City Manager of Austin, Texas, a full-service city with 40+ departments, a workforce of 14,000 employees, an all-funds budget of $3.7 billion, and a AAA bond rating that was maintained throughout his tenure.  He has held this position since January 2008.  During his nearly nine years as chief executive and chief administrative officer, Ott has championed employee empowerment, civic dialogue, innovation, and fiscal sustainability with the goal of having Austin recognized as the “Best Managed City in America.”

Since his arrival in Austin, Ott has received numerous awards and honors.  In 2011, he was one of only six senior public sector administrators worldwide—including Los Angeles, Chicago, Las Vegas, Vienna (Austria) and Melbourne (Australia)—that were highlighted for their exceptional local management practices in the CAO Chronicles of Public Sector Digest.

In 2013, Ott was recognized with ICMA’s highest professional honor, the Award for Career Excellence in Memory of Mark E. Keane, for his creative approach to such challenging issues as budget deficits, homelessness, infrastructure management, and education.  Ott’s insistence that “a good idea is a good idea, regardless of where it comes from,” was put in to practice early in his tenure with Austin, as the city faced a $30 million budget gap which, if left uncorrected, most likely would have persisted over time. Through a creative combination of employee-generated cost savings, thoughtful service reductions, strategic infrastructure investing, and unprecedented public involvement, Ott and his team navigated the fiscal challenge without laying off a single employee.

Also in 2013, Ott and the City of Austin received ICMA’s Community Sustainability Award, which recognizes innovative local government programs that creatively balance a community’s social, economic, environmental, and cultural needs. The City was cited for its Austin Energy Green Building program, a rating system initially designed for single-family homes that expanded to include multifamily and commercial buildings.

In Ott’s tenure as City Manager, the City of Austin has consistently been recognized by the ETC Institute as one of the best cities in America for municipal service delivery, exceeding the national average in almost every public service category.  In 2013, Austin was ranked number one among 13 cities with populations over 500,000, and continues to garner top marks in community satisfaction rates when compared to other large cities in the country.

Earlier this year, Forbes magazine ranked the City of Austin #22 in a list of “America’s Best Employers,” joining other Top-25 winners that included Google, Costco, Facebook, Southwest Airlines and Duke University.  Additionally, Austin was the top-ranked employer in the government sector for organizations with 5,000 or more employees.

“I am excited about the opportunity to serve and lead America’s premier local government organization, one that is supremely dedicated to excellence in local governance around the world,” said Ott.  “I am proud to say that I’ve been a member of ICMA for over 30 years.  The mission, values and code of conduct espoused by ICMA serves its members, and the communities they serve, very well.  This is a time of great change, and it is essential that ICMA be at the forefront in helping to shape the future of local government,” he added.

Ott has had a long and distinguished career in municipal management.  Before joining Austin, he served as assistant city manager for infrastructure services for the City of Fort Worth, Texas (2002-08), where he was responsible for the infrastructure operations carried out by the Water, Transportation and Public Works, Engineering, and Aviation departments. He was also responsible for implementing one of the city council’s top strategic priorities: promoting orderly growth.

Ott earned his bachelor’s degree in management with a concentration in economics from Michigan’s Oakland University and a master’s in public administration from the same university. He is also a graduate of the Program for Senior Executives in State and Local Government at the John F. Kennedy School of Government at Harvard University and serves on the Board of Directors for the Alliance for Innovation. Ott received an ICMA Service Award in 2012 in honor of his 30 years of service to local government.