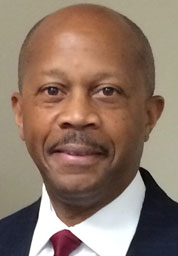 How long have you been a FCCMA member?
Since 2011

Please describe your areas of formal/advanced education.
I have a Bachelor of Science in Civil Engineering from Worcester Polytechnic Institute, a   Master of Public Administration from Cornell University’s Graduate School of Business  and am a graduate of Harvard University’s Senior Executives in State and Local Government Program.

What got you interested in public service?
I started my education to become a civil engineer like my father who worked for the City of New York; however, after three years I decided I did not want to be a civil engineer.  In speaking to one of my professors it was suggested that I look into public administration graduate programs.  That’s where I learned about a career as a city manager.

What is your current occupation?
City Manager of Sanford, Florida

Please give a brief job description.
As the City’s chief administrative officer, the City Manager is directly responsible to the Mayor and City Commission for overseeing all City operations, which includes the oversight of a $107 million budget, and 540 employees.

Please describe your typical day.
There is no typical day.  Each day presents it’s own challenges.  Most of my time is spent in meetings, phone calls, and emails with staff, elected officials, members of our business community and residents.

What is your favorite part of the job?
The variety of the various projects, people and organizations I work with.  From working with developers on major economic development projects, local businesses, community groups and residents and their concerns, and speaking with school children about their city government.

What is your least favorite part of the job?
Recognizing that sometimes individuals approach an issue from a perspective that is more self-serving and not in the true best interest of the community or that they don’t fully understand that their actions can be detrimental to the work at hand.

What is your most memorable experience on the job?
Addressing the challenges that our community faced following the shooting of Trayvon Martin.

What are hobbies/interests?
Jogging in the morning helps me start the day fresh.  I also enjoy spending relaxing time with my wife, daughter, son and his family including our four grandsons.

If you could give one piece of advice to young people interested in a career in public service, what would it be?
Do it.  It is rewarding, most of the time, and makes our communities that much better.

Who were your mentors and how have you passed this information down to other young public administrators?
Sy Murry was my mentor. I met him when I started as an Administrative Assistant to the city manager of Grand Rapids, Michigan.  Sy was the city manager of Ann Arbor, Michigan and a member of the Michigan League of Cities and took me under his wing and invited me to accompany him to various meetings.  We stayed in touch when he went on to be the city manager of Cincinnati, Ohio and then San Diego, California.  I have served as a mentor to students interested in local government management from Cornell University and the University of Central Florida.

Have you always been in the public sector or have you had experience in the private sector?
In the 80’s for a short time I started a business but found that my love was for public service.

What career would you pick if you were to pick another?
I have been an adjunct professor for most of my city management career and could see teaching at a university once I retire from being a full-time city manager.