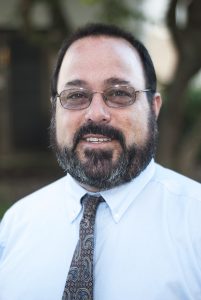 “Attracting people to our social media portals and enticing them to engage with our content is a key part of our social media strategy,” said Communications Manager Brian Gleason. “The Timberlake video surpassed our wildest expectations and we are proud to be recognized by NACIO for the project.”

In 2016, Timberlake challenged fans to create their own versions of his popular music video. Cities, counties, schools, families and organizations responded by creating hundreds of videos, many of which went viral on social media throughout 2016, including CC-TV’s version. Dunn videotaped and edited the video, which was produced by CC-TV Program Manager Elizabeth Billings and Gleason.

Charlotte County’s version earned a Superior Award in the Audio/Visual One-Time Programming category of NACIO annual contest, which qualified it for consideration in the Best in Class and Best in Show awards. It was the first time CC-TV has received a Superior or Best in Class award from the organization.

Charlotte County administers 26 social media accounts, including Facebook, Twitter, Instagram and YouTube. The county’s social media strategy is to reach residents and stakeholders where they want to be engaged. Increasingly they are turning to social media for news, information and entertainment, Gleason said.

To view the video, visit the county’s Facebook page, www.Facebook.com/CharlotteCountyFlorida, or visit CC-TV’s YouTube page, www.YouTube.com/user/CharlotteCounty. The direct link to the video is https://youtu.be/FdWZ10uVNgE.