In Memoriam of W.D. Higginbotham 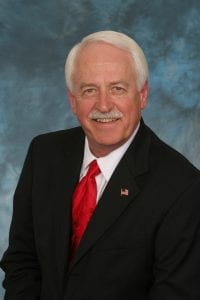 W. D. Higginbotham, a 25+-year FCCMA member, recently passed away. Mr. Higginbotham’s distinguished public sector career of over 30 years has included serving as chief executive officer and chief financial officer of cities in Florida and California. He served as City Manager of Gainesville, Melbourne Beach, Surfside, and Madeira Beach. After being recruited by the International City/County Management Association (ICMA) on behalf of the Department of Defense, his service to Florida cities was briefly interrupted in late 2007 and early 2008 when he served in Baghdad, Iraq as a member of the United States Provincial Reconstruction Team. He is an active member of ICMA and the Florida City and County Management Association (FCCMA) and has been recognized by both organizations for over 25 years in the local government management profession. Mr. Higginbotham’s particular areas of expertise are executive search, organizational development and economic development. He was active in FCCMA the last few years in assisting with resume reviews at the Annual Conference. He will be missed.