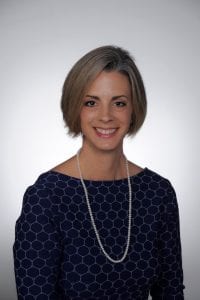 If your city is anything like Fort Lauderdale, everything the city government does is scrutinized by the public, including how we use our fleet of vehicles. From the response time of our firefighters to the driving habits of our code compliance officers, our community pays attention.  With the city’s recently acquired vehicle telematics system, management can review things such as fuel usage, vehicle health, speeding, and harsh braking events. The new system provides real time data, which assists with addressing citizen complaints and improving services.

The City of Fort Lauderdale manages over 1,700 vehicles.  Before implementing the new software, Fleet Services didn’t have a way to track non-emergency vehicles.  They relied on phone calls to locate and dispatch employees, which costs time and money. Not only has the tracking system made dispatch easier, but it’s even saved an employee’s life. “The employee wasn’t responding to phone calls so his supervisor, who located the missing employee with the tracking system, drove to his location where he found him unconscious in the front seat. He was able to call 9-1-1 and get him immediate medical attention.  I’d hate to think what might have happened if we didn’t have the tracking system in place,” reported Automotive and Equipment Specialist Drew Newstrom.

The system has assisted in ways the city didn’t even initially anticipate. The city was receiving many neighborhood complaints regarding a busy, historical bridge that was experiencing constant closures for maintenance. Management was able to use the telematic system to review how the city’s own heavier vehicles crossing the bridge was contributing to the problem.  They identified all city vehicles that exceeded the bridge’s five-ton limit and how often they were crossing the bridge. They were then able to decrease the number of city heavy-vehicle trips crossing the bridge by 90% within five months.

As with any organization’s fleet, maintenance is a big issue. Historically, Fleet Services depended on the drivers to tell them about the condition and status of the vehicles. The diagnostic data provided by the telematics system offers a more proactive approach.  Management sees the problem early (i.e., check engine light) and can bring the vehicle in for repair before there is additional damage causing more downtime.  “As a result of this increased visibility, the team has reduced average vehicle downtime by 28% and reduced the average number of vehicles in the shop by 24%,” says Newstrom.  The visibility also provides a better look at fuel usage.  After reviewing driver behavior and fuel usage, the teams were coached on how to drive more efficiently, with less idle time, reducing fuel consumption by 5 %, which equated to a $70,500 savings over six months.

Fuel use reduction has been a result of the increased efficiency demonstrated by the City’s fleet from the use of telematics and Fleet Services right- vehicle-right-job best practice regarding the type of vehicle that should be purchased for a function, how to use the vehicle in the most efficient way and developing the right replacement strategy.  In addition, the improved visibility of the fleet allows management to respond quickly to resident complaints.   “In the past, if we received a complaint about a speeding city vehicle, there wasn’t much we could do about it. But now we can use the telematics system to see which vehicles were at the reported location at the reported time and how fast they were going and address the problem right away,” explained Newstrom.