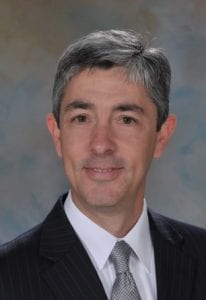 A strategic plan charts the course for an organization striving to address priorities by setting goals and objectives to be reached by a specified date. For Florida’s Capital City, an effective strategic plan needed to embody the vision of local elected officials, assist the City Manager in achieving unprecedented operational milestones and give context for decision-making amidst the ever-changing circumstances that exist within a growing, dynamic community.

In a diverse community where public engagement is highly valued and opinions on its general direction are varied, a comprehensive development process that provided ample opportunity for resident input would be key to the plan’s adoption and implementation.

The City of Tallahassee’s process began at its annual City Commission Retreat held in January 2019. At the meeting, four new commissioners and one incumbent developed seven priority areas on which the City would focus during the next five years: Economic Development, Impact on Poverty, Organizational Effectiveness, Public Infrastructure, Public Safety, Public Trust and Quality of Life.

An important first step in building a strategic plan was assembling a team of professionals to facilitate the process. We established the Office of Strategic Innovation to research and compile information from all of the City’s departments, feedback from the community, and best practice local government strategic metrics.

The next step was crafting new statements for the City’s mission, vision and values, which had not been updated in 22 years. As part of that 1997 process, the City developed a set of core values by which to operate but fell short of developing a full strategic planning document to guide its operations.

To ensure the new statements reflected both the organization and the community, we then created an 11-member working group consisting of City employees from several service areas and a cross-section of citizens. Over a series of facilitated meetings, conversations with the public and input from the City Commission, the group revised the mission, vision and values statements, which were formally adopted by the City Commission at its April 24, 2019, meeting. This set the foundation for the plan.

The working group had fulfilled its task and demonstrated the buy-in possible when stakeholders are brought to the table, a concept that would be expanded later in the plan’s development.

Tallahassee is a distinctive city – both the state capital and a college town, the metropolitan heart in the middle of a rural region. Government in one form or another is the economic engine, which translates to a politically informed and civically active citizenry. Ensuring residents were able to provide input on the direction of their City government, and thus the community, was critical to the plan’s success.

The Strategic Innovation team developed a survey to pulse-check how citizens felt about their local government. It included questions on everything from housing affordability to public safety. At the height of the City’s spring festival season, staff hit the streets with handheld tablets to administer the survey, receiving feedback about areas in which the City performs well and where its challenges lie.

These interactions ensured residents from throughout the community felt included in the outcome, which was fundamental in continuing to develop public trust. These conversations were also a great way to educate citizens about the breadth of City services and programs.

For those who couldn’t participate in-person, the survey was available on the City’s website, where it garnered nearly 3,000 responses.

This outreach effort was useful for developing metrics for the plan and helping the City reach historically underserved areas of the community.

Concurrently, metrics from 44 separate departmental strategic and operational plans were compiled, and new ideas to make Tallahassee “the national leader in the delivery of public service” were cultivated.

Work continued through summer, culminating with a public workshop where Commissioners discussed the draft plan.

After incorporating feedback from the workshop, the draft plan in its entirety was presented to the public for one final review. Due to extensive, thoughtful outreach from the outset, much of the feedback received at this stage in the process focused on technical edits – ultimately denoting success.

After 11 months, the City’s five-year plan was presented to the Commission for adoption. It was approved unanimously on November 13, 2019.