Truth vs. Noise:  Can there be a Winner? 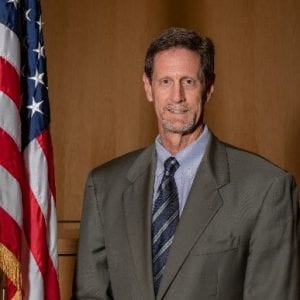 I recently had conversations with two residents who had become quite agitated for different reasons, but both based on intentionally propagated misinformation.  The other commonality was how those conversations ended; The first said “it’s just so hard to know who to believe any more”, and the second closed with “it’s just so much harder these days to separate the truth from the noise!”

The second statement rolled around in my head for about thirty minutes, before I saw it for the nonsense it represents and the message it sends about the state of today’s public engagement, especially on the national level.  I counter with this question – is it truly harder today to recognize the truth than it was in the “good old days”, or have we just collectively gotten too intellectually lazy to bother to find out?

Electrical engineers measure something called the “signal to noise” ratio.  Notated as “S/N” this measures the strength of an electrical or other signal that carries information (think of a radio broadcast) versus the level of interference.  If only we had an S/N filter through which we could pass the news broadcasts and speeches we hear, and most definitely the social media deluge that so many people use as their sole “news” source.

The good news is that there is such a tool, and as public administrators we use it every day.  The S/N filter is critical thinking, an essential skill that is more essential now than ever.  Can we analyze available information objectively, and come to reasonable conclusions, and can we help our constituents do the same?  Much has been written about how the social media stream by its very nature erodes critical thinking skills.   But how can we help when it often feels like we are trying to hold back the tide?  I offer a few thoughts:

It is a very interesting new world, and our task in separating the information from the noise is not getting easier.  The challenge however is unmistakable, and I doubt very many of you were looking for an easy job when you signed on.  Log in and buckle up, it should continue to be an exciting ride.