Join the FCCMA Board of Directors!

Take Your Service to the Next Level

The FCCMA Board of Directors provdes leadership to the Association and consists of 15 members, including the president, president-elect, secretary-treasurer, immediate past-president and eight district directors. Board members provide leadership to FCCMA and demonstrate leadership to FCCMA members, elected officials and the public. They engage in activities in their respective districts or, for at-large directors, throughout the state and are responsible for committee assignments throughout their term of office.

What Are the Expectations for a Board Member?

Election to the FCCMA Board is for two-year terms. Directors should be prepared to spend several hours per month on board responsibilities. Activities include:

Board expenses, such as travel and conference registration are not reimbursed by FCCMA. However, if a board member is asked to represent FCCMA on an outside committee; e.g., the ICMA Conference Planning Committee, a stipend for travel may be approved by the Board.

Who is Eligible to Serve on the Board?

Any FCCMA member who has been a full member for at least three years by the date of the Annual Business Meeting, is eligible to apply.

How Are Board Members Selected?

For additional information, contact Carol Russell at crussell@flcities.com or 850.222.9684 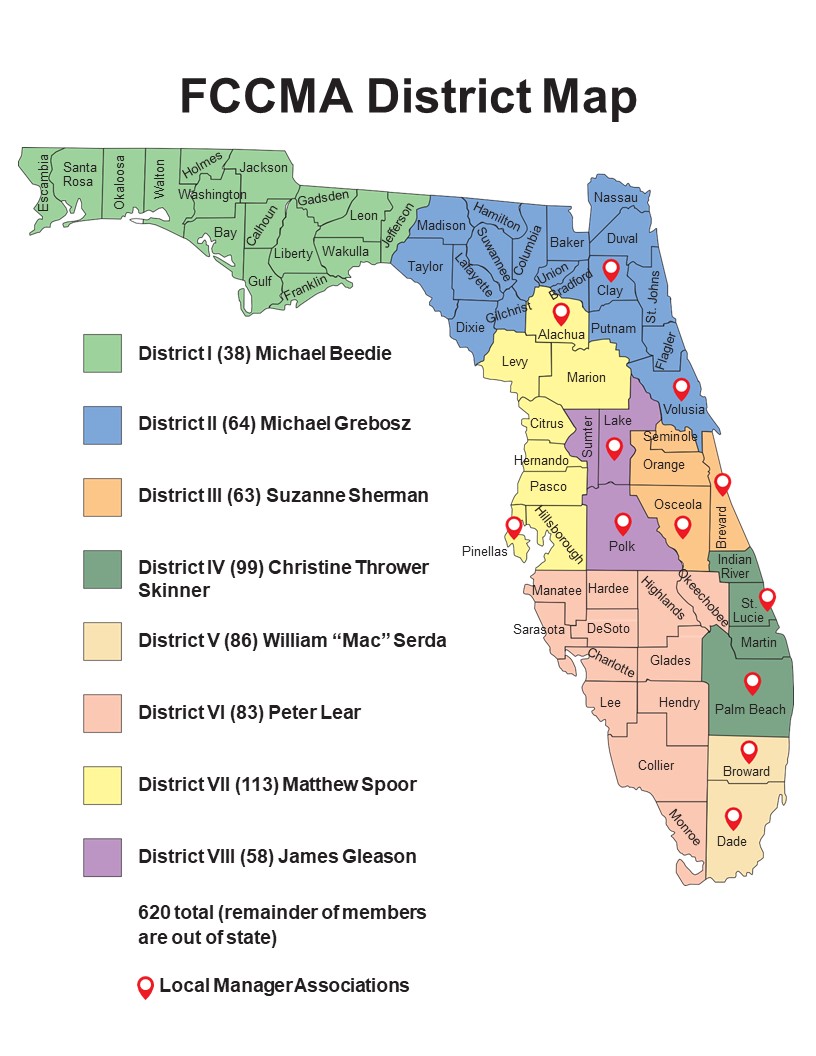