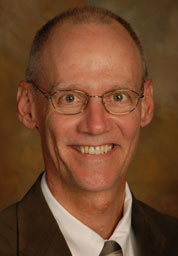 First, hearty congratulations goes out to Shaunna and Casey Cook on the birth of Collins Montgomery Cook. As first-time parents, they can look forward to all of the joys, lack of sleep and new adventures that come with babies.

The FCCMA Nominating Committee met last Friday, March 23rd in Orlando to interview candidates and make recommendations for the next Secretary-Treasurer and two at-large Board Members. Those recommendations will be considered for approval by FCCMA members at the Annual Meeting on Friday, June 1st in Orlando.

Congratulations to Micah Maxwell who is the recommendation for Secretary-Treasurer and to Mike McNees and Dan Clark for the Board seats. Appreciation is due to all the candidates who offered their service. The quality of people interviewed was very good which made the decisions difficult.

Serving on the Nominating Committee is an important annual endeavor. Representatives from across the State are appointed to ensure that each geographic area is represented. Thanks to the following members that joined with me last week;

This fall, the District Directors may ask you to represent your district on the Nominating Committee for 2019. I hope you will consider being part of this important service or possibly even self-nominating to serve on the Board.